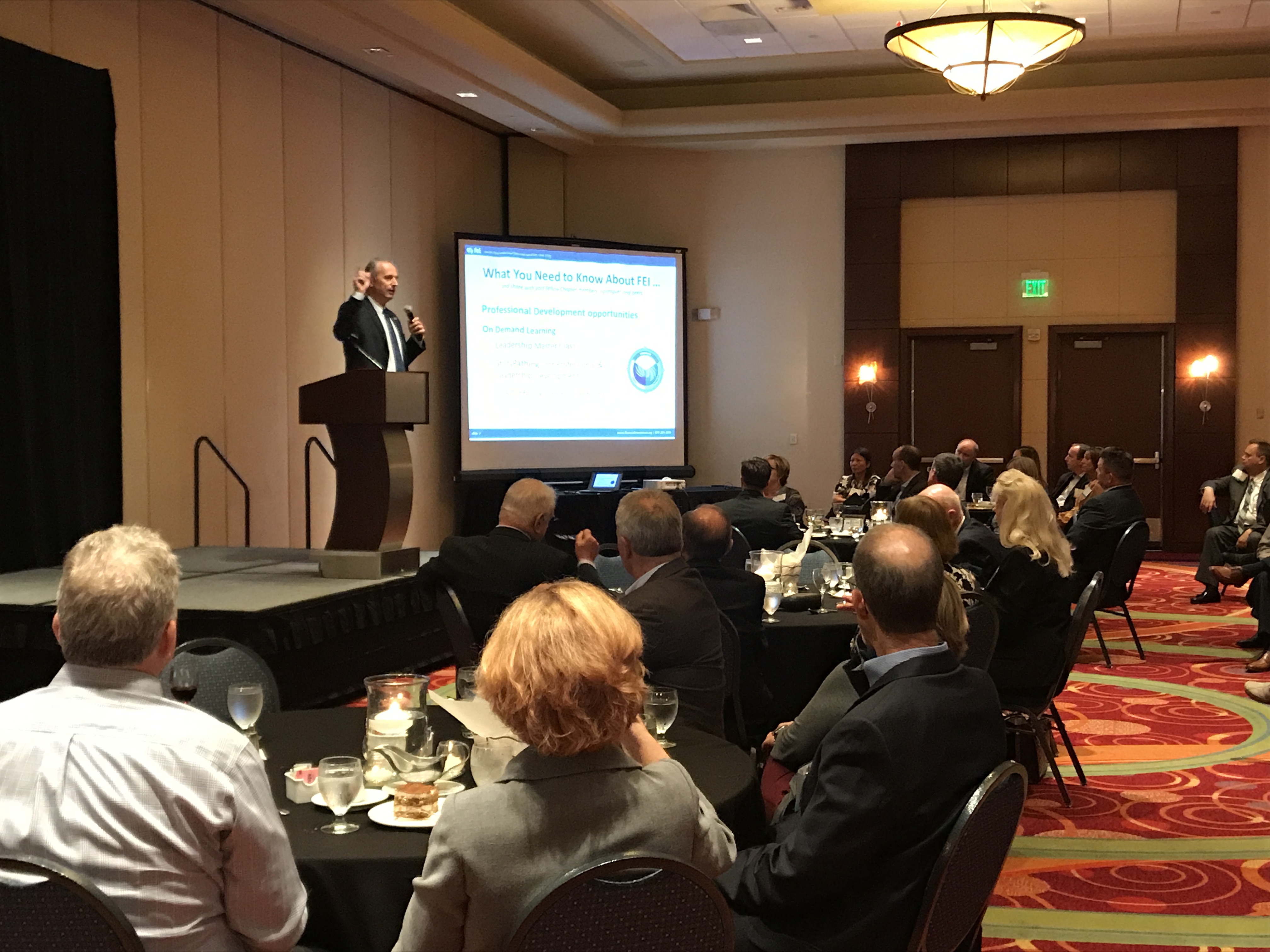 In the two years since Andrej Suskavcevic stepped in as president and chief executive officer of Financial Executives International (FEI), members have seen many changes – and even more are coming. It?s all about being ?member-driven,? Andrej told FEI Kansas City members in a report on the state of our association.

?FEI is a member-driven organization. As we celebrate our 85th year as an organization, we are continuing to evolve to better serve our members,? Andrej says.

Andrej says networking with CFOs and other senior-level finance executives is No. 1 on the list of reasons people join FEI, followed closely by the educational value delivered day-in, day-out by the national organization and chapters like Kansas City. FEI educational activities focus on leadership training, technical skills (such as accounting issues), and career management.

FEI also advocates for business and financial leaders? interests in Washington, with a seat at the table to advise the SEC, FASB and other regulatory and accounting boards, as well as Congress and the Administration. A summary of the latest from D.C.:

– From his inside-the-beltway perspective, Andrej?s view is that ?true tax reform? has only a slim chance of passage this year or next. ?When you look at how they could get tax reform done, you?d think it would be a slam dunk (with a Republican administration and majorities in both houses of Congress) – but not so much,? he says. There is no consensus even among Republicans on the details of tax plans, and by law any tax change that might be passed with just 51 votes in the Senate must be revenue-neutral, which neither the House nor the Trump Administration tax reform plan would be. Andrej is skeptical that meaningful tax reform can be worked out in 2017, and with an election year coming, 2018 will likely be no better.

– Regulatory reform is a different matter. A combination of two executive orders restricting agency rule-writing has essentially stopped the trend toward adding new regulations, especially since many mid-level political positions in the executive branch (key jobs in developing regulatory approaches) remain unfilled. The Congressional Review Act has potential for rolling back some regulations that businesses have found burdensome. But given the deadlock between parties (and sometimes among Republicans), Andrej is skeptical that repeal of the Dodd-Frank law will come this year.

– With Washington not accomplishing much, Andrej says, ?the upside is that you?re in charge of your own destiny as a business.”

One final area of member focus is changing the dues structure of the national association to be more member-friendly, Andrej says. With nearly 10,000 members in 65 chapters, FEI is committed to reducing dues at the national level over a 5-year period to $299 a year. Since 55% of FEI?s national budget comes from dues, the change will be gradual. FEI is seeking to increase revenues from non-dues sources, as well as piloting dues changes on a limited basis to test response.

Nationally as well as locally, FEI is all about serving our members.

Past Presidents Honored at Spring Social

Steve Ruben, Jan Katterhenry, and Richard McTygue were presented with FEI pins in recognition of…