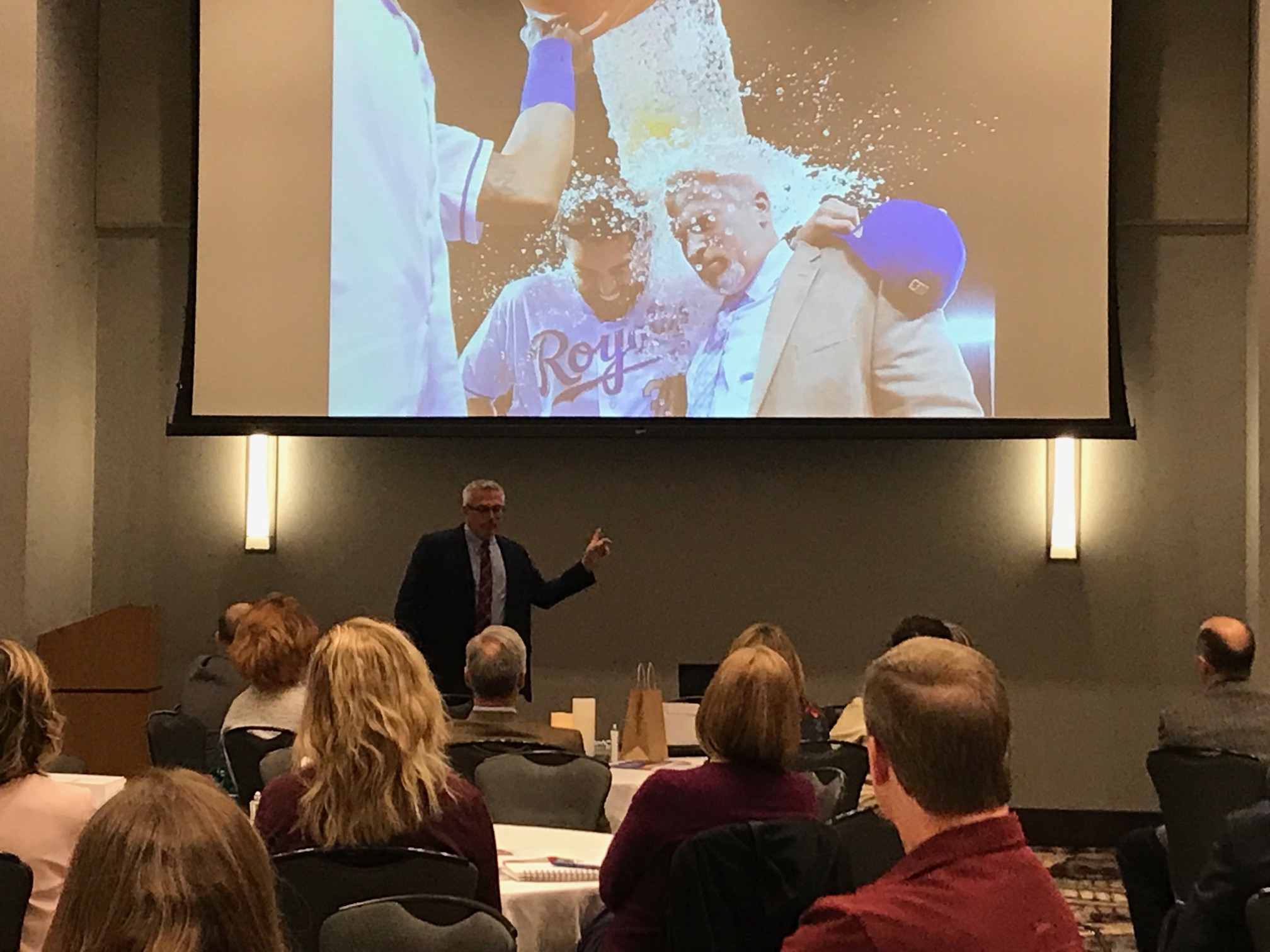 Financial leaders can take some lessons from great managers in the sports world, Joel Goldberg told FEI Kansas City members at our Nov. 13 Professional Development Day. When Dayton Moore took over as GM of the Kansas City Royals back in 2006, Moore said his goal was to have an impact not just on the team itself but on everybody in the metro area, said Goldberg, now in his 10th year with the Kansas City Royals broadcasting team. The 2015 World Series victory – and the huge outpouring of fan loyalty – proved that the GM could do it, Goldberg said.

Trust – As GM, Moore has stuck with his plan for building the team. Year after year, Moore didn’t veer off the path or go for the quick fix. Instead, he urged players and fans alike to “trust the process.” And then it began paying off. Consistency and transparency build trust for a leader, Goldberg said.
Energy – The Royals recruited players who personified enthusiasm and energy on the field and off. Goldberg himself has become a part of that energy with the post-game interviews and “Salvy showers” of Gatorade on standout players (and the broadcaster, too, on more than one occasion).
Accountability – Players and coaches all take responsibility for delivering on the field … or failing to deliver … even to the extent of stepping up to take the blame for others’ slip-ups, Goldberg said.
Makeup – Moore pulled together good people, who love working together. Goldberg said the character and positive energy come through in many ways, whether in a celebration like the champagne-spraying in the locker room in late 2015 or in a helping fans through a crisis like the loss of Yordano Ventura in a fatal car accident in early 2017.

PD Day 2018 began with a snow storm and ended with a great cup of coffee.

Looking for your next chapter?

For Kevin Rauckman, retiring from Garmin International in 2014 after 16 years as CFO and treasurer…