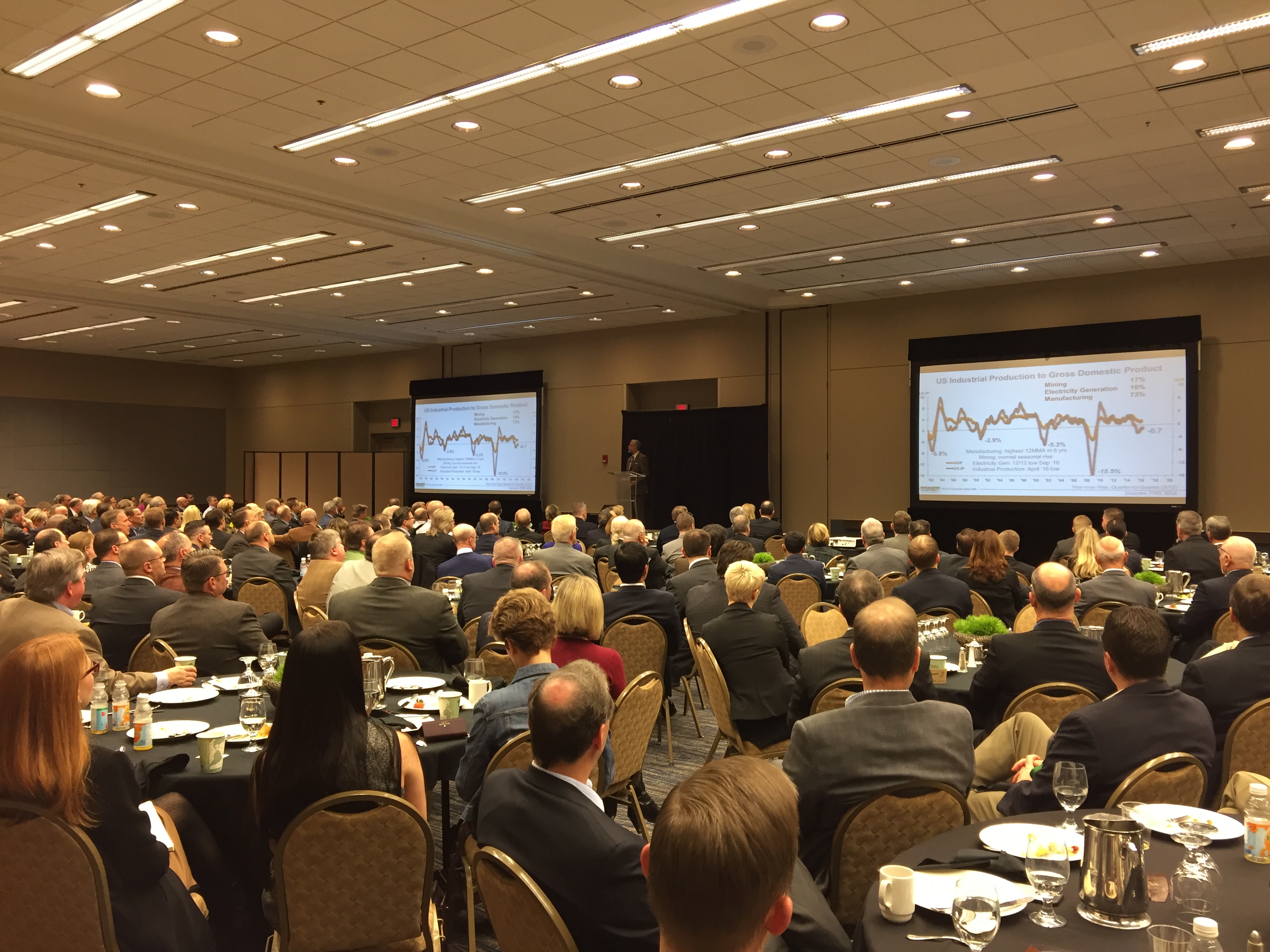 The economy in 2017 offers businesses a good environment to grow, Dr. Alan Beaulieu, president of ITR Economics, told Kansas City FEI members and guests, along with the KC chapter of Association for Corporate Growth, at the annual economic breakfast on January 13. ?This is the time to act,? embracing strategies to expand capacity and cultivate new customers and markets, he said. Beaulieu pointed to U.S. and global data indicating stronger economic growth in 2017 and 2018, with a potential mild recession in 2019. He expects robust growth in the decade to follow, which he forecasts as the ?Roaring ?20s.? Beaulieu identifies three major drivers of growth in the U.S. economy in the coming years: U.S. energy self-sufficiency and independence, the desire of global businesses to invest in the U.S. market, and the transition of millennials into forming households that fuel economic demand. He cautions against too much debt, in case of setbacks, and against staking business hopes on political outcomes in Washington.