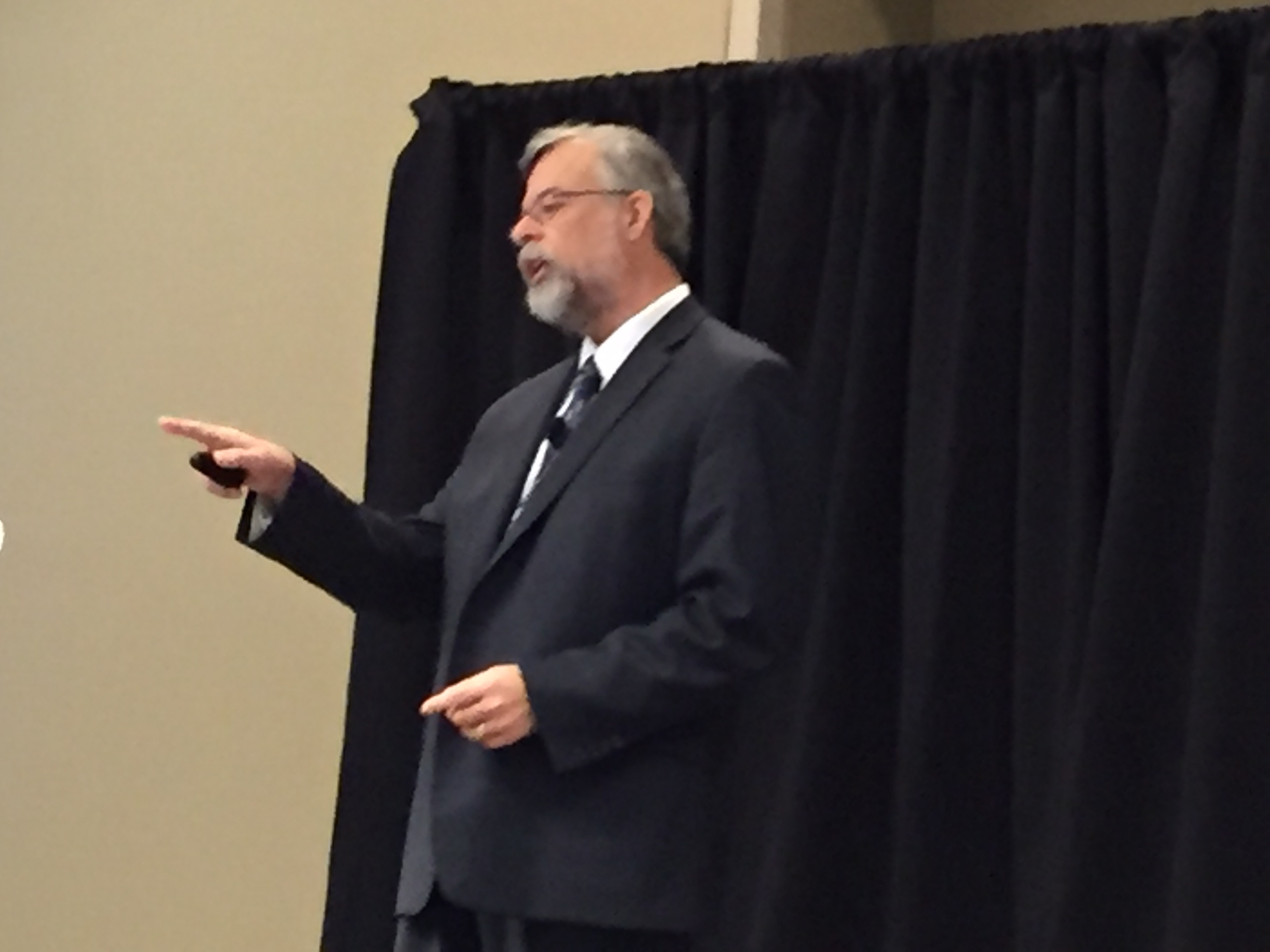 Alan Beaulieu, president of the ITR Economics consulting group, says despite a lot of worrisome news in the world the U.S. economy is growing, conditions are favorable for more growth, and business leaders should be investing to expand and improve their own companies? profitability.

?You should be encouraged about where the world?s going in 2016, especially the second half of 2016. Don?t hunker down – let your competitors do that,? Beaulieu told FEI Kansas City members, meeting together with the Association for Corporate Growth in our annual briefing on the economy on January 8.

Beaulieu said, ?We are not in recession? as some observers believe. A couple of parts of the U.S. economy are in recession (energy and capital goods), but most of the economy is growing, he said. Europe is beginning a recovery, and the EU is a bigger market than China, he noted. Beaulieu’s forecast for the U.S. includes a recession in 2018-19, but not before then.

Meanwhile, companies should implement growth plans, spend money on sales and marketing to expand market share, and invest in ?lean and mean? processes to improve profitability, the economist said. Historically low interest rates and the prospect of inflation ahead make it a good time to borrow money for growth projects. Rather than running scared, he urged, ?Lead with boldness.”