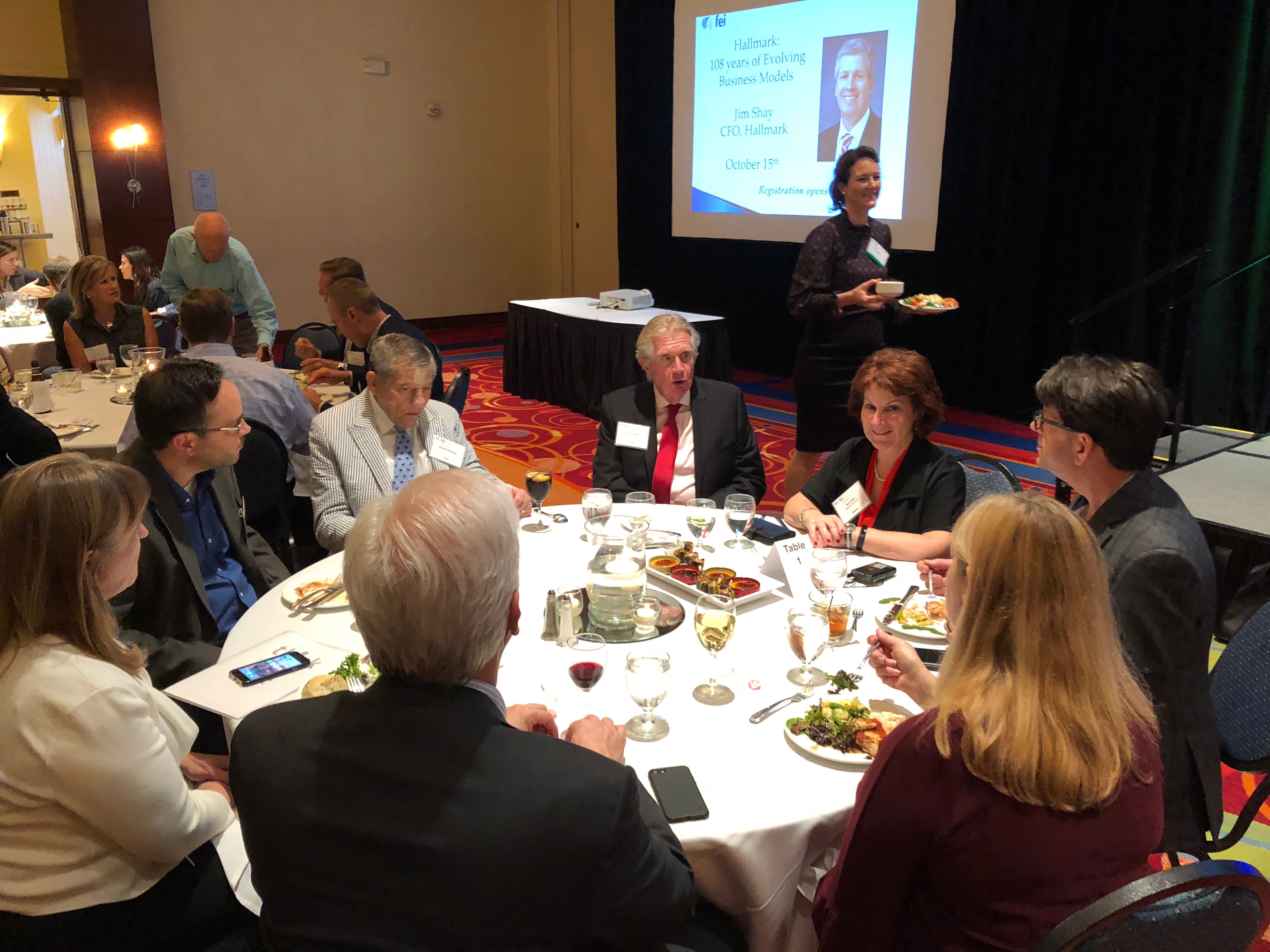 ?Yes,? was Beryl Raff?s answer when Warren Buffett asked her to lead Helzberg Diamonds. They needed a turn around and she had a history of turn arounds.

Raff,?Chair and CEO of Helzberg Diamonds, presented to FEI KC at our September 17th meeting. She shared the story of how Helzberg Diamonds began in 1915 as one store in Kansas City and grew through the leadership of 3 generations of the Helzberg family before being sold to Berkshire Hathaway’s Warren Buffett in 1995.?FEI KC was honored that Mr. Barnett Helzberg, Jr. attended the event.

2009 began the ?Beryl? era at Helzberg. Raff spoke of the challenges of retail during the economic crisis and the team of bright people at Helzberg who needed strong leadership. She became their cheerleader and confidence builder. ?When you fail, fail fast forward,? Raff said. ?You can?t do today what you did yesterday and then do it again tomorrow.? Retail changes rapidly and you have to try things. Sometimes it works and sometimes it doesn?t.

One of the things they tried was the Will You Ring introduced in June. The stainless-steel band reads ?This is a ring, not the ring? and serves as a proposal ring so the couple can pick out the ring together. This idea generated a lot of social media buzz and was featured on The Today Show.

Not Their First Pandemic

Phil Thomas, CEO & President of A.L. Huber, spoke at the February webinar about the…