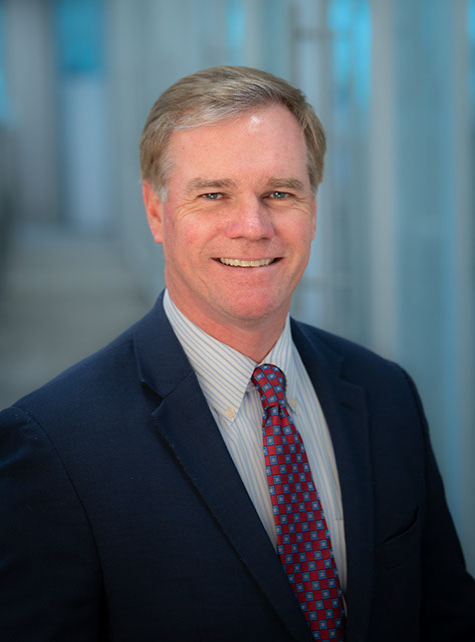 Tim Johnson joined FEI KC in 2017 for the great networking. He is the immediate Past President and now serves as Nominating Chair. Tim is the CFO for MTC Holding Corporation, (parent company for Midwest Trust and other financial services entities) and lives in Lenexa. He has been married to his wife for 34 years and has two sons in the working world (fortunately supporting themselves!).

Tim became a CPA in 1988 after graduating from the University of Kansas in 1986 with a Bachelor of Science in Accounting and Business Administration.

Tim’s favorite sports teams are the Kansas Jayhawks and all Kansas City Professional teams. He enjoys golf and traveling as well as professional groups. In addition to FEI, he previously served as President for TEI (Tax Executives Institute). He has also served as Treasurer for Friends of the Zoo and Big Brothers/Big Sisters.

When asked why he chose a career in Finance Tim said, “My father was a minister, and my two older brothers were a Partner at EY Accounting Firm and a Green Beret in the Army. I chose to ‘copy’ the easiest route of the three.”

An odd fact about Tim is that he can recite the host city of every Summer Olympics since the first games were held in Athens, Greece in 1896.

Tim previously served FEI KC in the roles of President, VP of Programs and VP of
Membership.